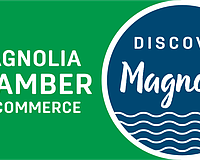 Magnolia Chamber seeking nominations for person, business of the year

A Queen Anne jewelry company founded on the principles of people and ethics has expanded that mission even further in the last couple of years.

Putting a dream into action

The Traveling Goat is a neighborhood bar brought to life by Steve and Tina Nicoles. After many years in the hospitality industry and working for a large hotel chain, the husband-and-wife team decided to branch out on their own.

Queen Anne mom and businesswoman Erin Metzger knows the struggles families face when it comes to meal times, which were made glaringly obvious during the pandemic.

Sunshine Music Together now has location in Magnolia

Summer Rognlie Trisler is the brains and talent behind Sunshine Music Together. She is a classically trained Broadway actress and has been educating and entertaining Seattle children since 2006.

Park On: The personal, the political, and the escapist

Most times I'm political, recently, I've become reflective. As times continue to prove tough, I think of what's best for my families and friends.

Prowl of the weekPolice on an emphasis patrol to get a handle on "an exceptionally high number of car prowls" near the corner Eighth Ave. N. and Roy St. scored shortly before 10 p.m. Jan. 16. That's when they spotted a Cadillac occupied by three men and a woman slowly driving through a parking lot.

Four Cat-a-Van tours are hitting the road to bring the gift of reading to thousands of children in 19 cities across the country.

When severe flooding became a crisis in western Washington in January, the local Scientology Disaster Response team provided help to business owners and residents in Snohomish and Duvall.

Picky perp actionAn incredible amount of force was necessary, but someone managed to kick in a solid-core, steel-encased back door to get into a home on 30th Ave. S. between 2 and 7 p.m. Feb. 28.The woman who lives there discovered that a laptop in the kitchen had been moved, but that the computer and another laptop in the kitchen weren't stolen. Neither was a bunch of electronics in the living room.But two rings were stolen from her jewelry box. One was a gold, law-school class ring, and the other was diamond bridal-set ring, according to the police report.The woman told police she hated to think he was responsible, but she also said her husband had recently moved out. It also seems her husband is having money problems because he's been unable to pay their son's private-school tuition, according to the woman, who just found out about that recently.