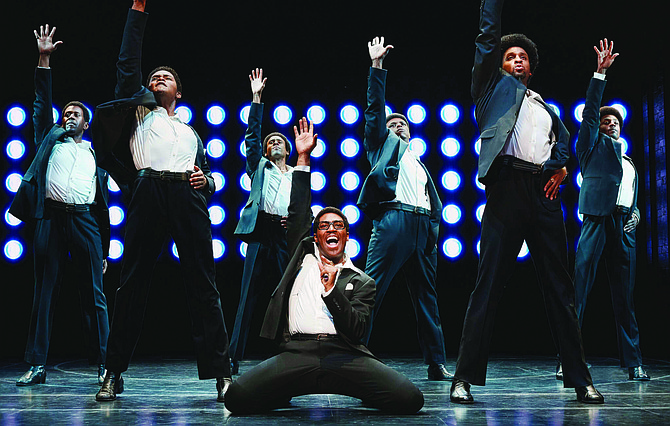 The National Touring Company for ‘Ain’t Too Proud,’ which will play at Paramount Theatre from Jan. 24 through Feb. 5.
Emilio Madrid

Premera Blue Cross Broadway at The Paramount and the producers of the Broadway smash hit musical “Ain’t Too Proud — The Life and Times of the Temptations” welcome the show to Seattle’s Paramount Theatre from Jan. 24 through Feb. 5. (There are no shows on Tuesday, Jan 31 and Wednesday, Feb. 1)

Tickets are available now on-line at STGPresents.org, Ticketmaster.com, by calling 1-800-982-2787 or in person at The Paramount Theatre Box Office (10 a.m. to 6 p.m. Monday, Wednesday and Friday).